It’s end of October 1985 and the crumbling river town of Dubois, Iowa is shocked by the gruesome murder of one of the pillars of the community. Detective David Carlson has no motive, no evidence, and only one lead: the macabre local legend of “Boris Orlof,” a late night horror movie host who burned to death during a stage performance at the drive-in on Halloween night twenty years ago and the teenage loner obsessed with keeping his memory alive.

The body count is rising and the darkness that hangs over the town grows by the hour. Time is running out as Carlson desperately chases shadows into a nightmare world of living horrors.

On Halloween the drive-in re-opens at midnight for a show no one will ever forget.

Jealousy. Betrayal. Murder. And a hunger for vengeance that spans the centuries…

But as Alex begins to discover the dark truth about the asylum’s past, he, Claire, and their friend Marianne find themselves on a nightmarish journey. Each will face the deadly consequences of the evil that began with the construction of the first Belle Vue Manor by an aristocratic French émigré in 1789, as well as the cruelty and satanic practices that continued when it became an asylum for the insane.

As the two strands—past and present—unfold, Alex uncovers a supernatural mystery where revenge is paramount and innocence irrelevant—without being aware of the price he, and those around him, will pay. 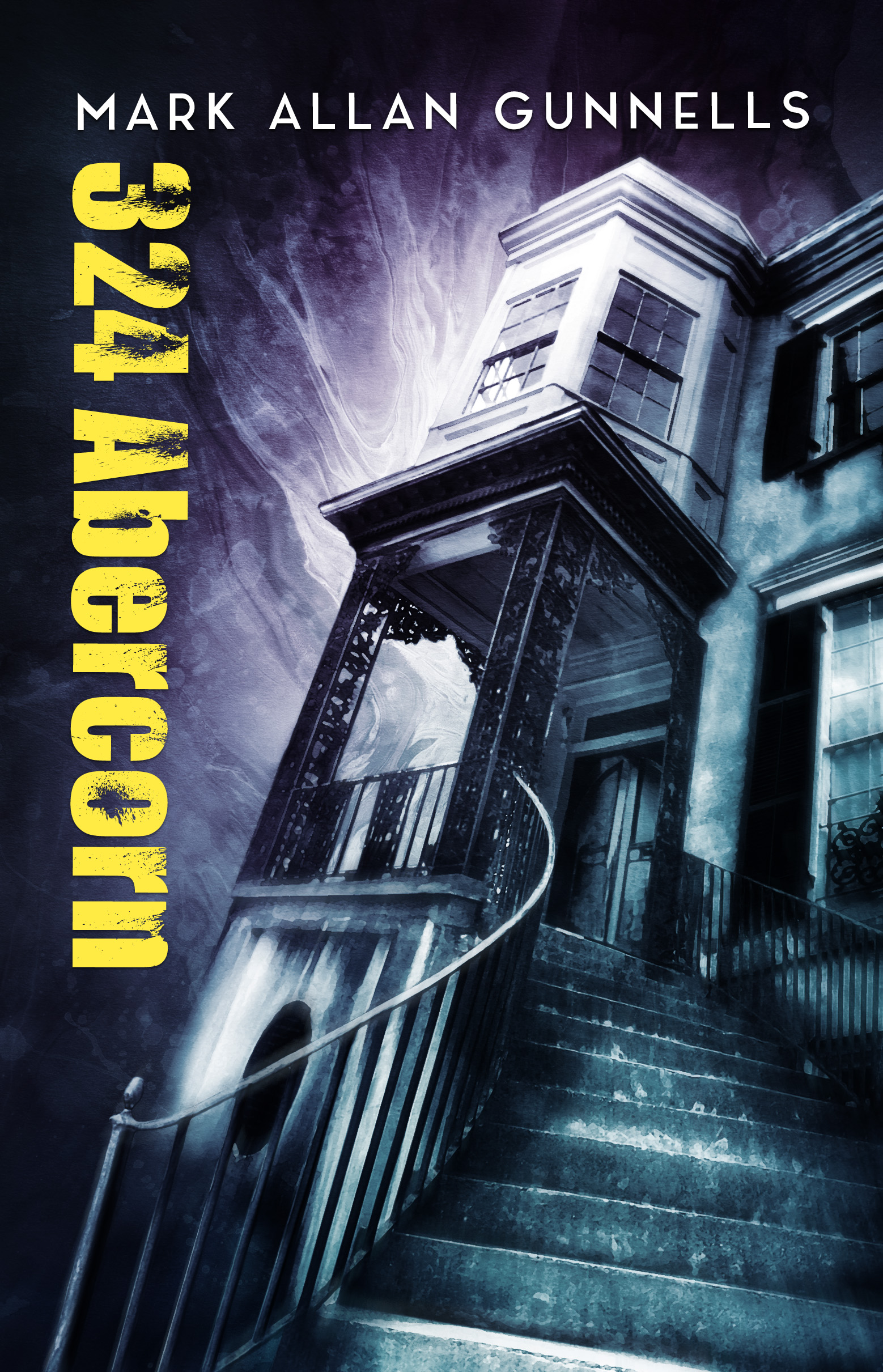 Brad Storm doesn’t believe in ghosts, but moving into the house at 324 Abercorn just may change his mind.

Best-selling author Bradley Storm finally has enough money to buy and restore his dream home. Despite 324 Abercorn’s reputation as one of the most haunted houses in America, Bradley isn’t worried. He doesn’t believe in the supernatural. Then strange things begin to happen. Objects no longer where he left them. Phantom noises heard from empty rooms. Shadows glimpsed from the corner of his eye.

Is his house truly haunted, or is there something more sinister happening on the property?

With the help of Bradley’s new boyfriend and a few friends who are just as intrigued with the seemingly inexplicable occurrences surrounding the infamous house, they set out to find the truth of what stalks the halls at 324 Abercorn. 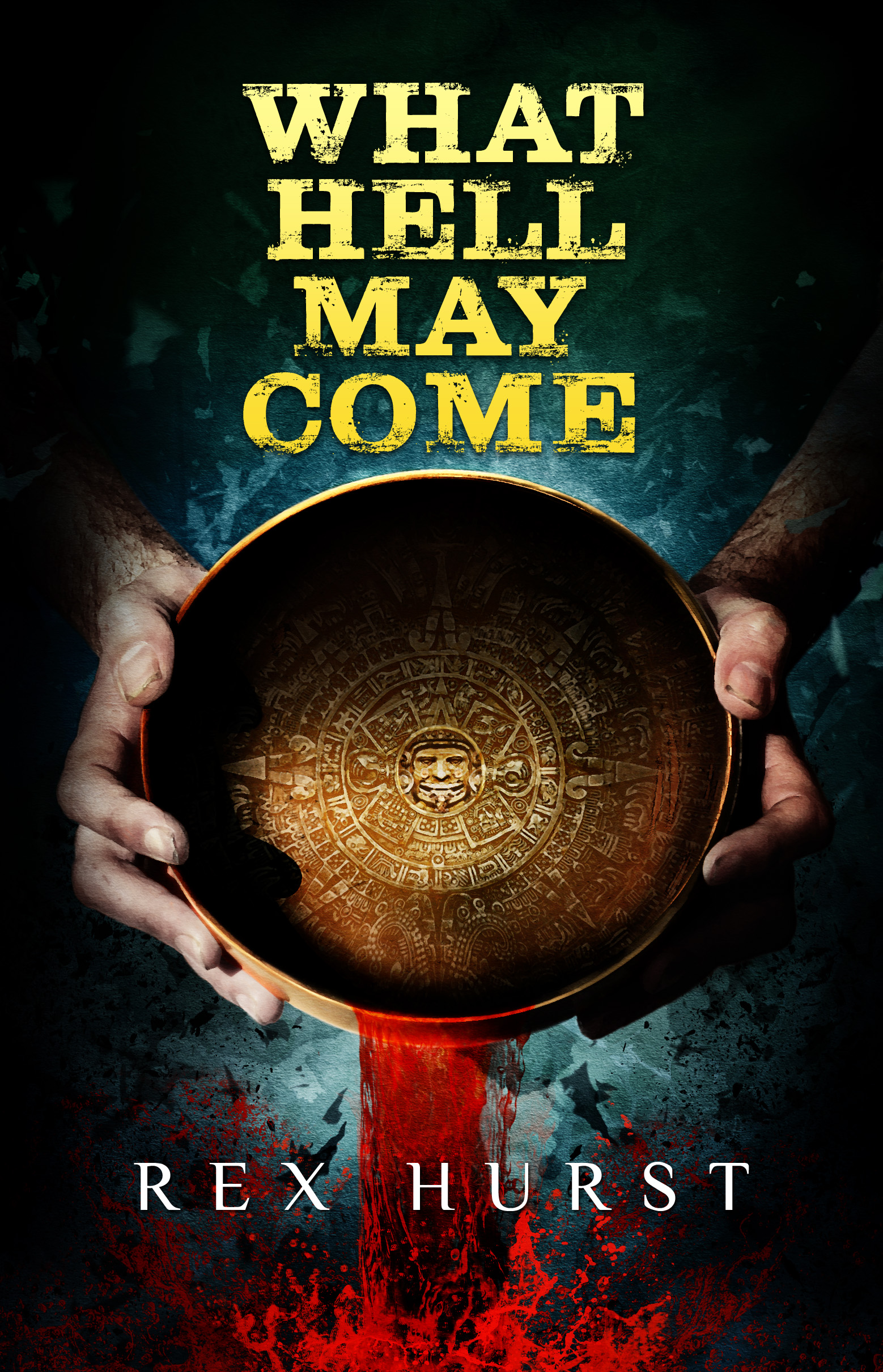 What Hell May Come

Based on the untrue writings of the Satanic Panic.

The Satanic Panic was a moral outcry in the United States over supposed “satanic” influence in media that were warping the youth of America. Claims that playing an elf in Dungeons and Dragons could lead to demonic possession, that playing heavy metal music backwards would reveal satanic messages, and that therapists could uncover repressed memories of satanic ritual abuse, were all too common.

Volumes and volumes of material were produced on this fake subject. These texts lead to What Hell May Come, which takes a look at what the world would actually be like if all of the claims of the satanic panic were true.

Set in 1986, Jon St. Fond’s life is a living Hell. Deliberately abused and neglected by his parents, the only joy he has in life is an escape into a fantasy land of role playing games. Soon he discovers that his parents are part of a secret occult religion with hidden ties all across the world.

As Jon and his friends dig, they learn more of the secret history of the world and discover the power of making deals with creatures from Beyond. However, power has its price, as Jon and his friends quickly discover. One-by-one they begin to become consumed by their own desires and hatreds.

Jon learns there is method behind the madness of his life, as his Father begins to bring him closer and closer into the ways of the cult. Ultimately, Jon must make a choice between all the pleasures of the earth and the future of his soul.

Lilitu: The Memoirs of a Succubus

England, 1876. Twenty-year-old Maraina Blackwood has always struggled to adhere to the restrictive standards of Victorian society, denying the courage and desire that burn within her soul. But after a terrifying supernatural encounter, Maraina’s instincts compel her to action.

Maraina soon discovers a plot to unleash a new world—one of demonic aristocrats, bloody rituals, and nightmarish monsters. Putting her upbringing aside, Maraina vows to fight the dark forces assuming control of England. But as her world transforms, Maraina finds that she too must transform…and what she becomes will bring out all that she once buried. 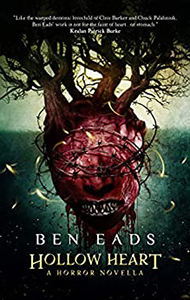 Welcome to Shady Hills, Florida, where death is the beginning and pain is the only true Art…

Harold Stoe was a proud Marine until an insurgent’s bullet relegated him to a wheelchair. Now the only things he’s proud of are quitting alcohol and raising his sixteen-year-old son, Dale.

But there is an infernal rhythm, beating like a diseased heart from the hollow behind his home. An aberration known as The Architect has finished his masterpiece: A god which slumbers beneath the hollow, hell-bent on changing the world into its own image.

As the body count rises and the neighborhood residents change into mindless, shambling horrors, Harold and his former lover, Mary, begin their harrowing journey into the world within the hollow. If they fail, the hollow will expand to infinity. Every living being will be stripped of flesh and muscle, their nerves wrapped tightly around ribcages, so The Architect can play his sick music through them loud enough to swallow what gives them life: The last vestiges of a dying star.

‘It’s not that there aren’t good people in the world. It’s that the bad ones are so much easier to find.’

A teen mother raises her daughter on a looping road trip, living hand-to-mouth in motel rest stops and backwater towns, stepping occasionally into the heat and chaos of the surrounding cities. A life without permanence, filled with terrors and joys, their stability is dependent on the strangers—and strange men—they meet along the way. But what is the difference between the love of a mother, and the love of a friend? And in a world with such blurred lines, where money is tight and there’s little outside influence, when does the need to survive slide into something more sinister?

A familiar small town. A wrathful, metamorphic killer with supernatural abilities. A young girl whose time has come—angel of life, and death—is the only one who can stop his unspeakable deeds.

Katie Franklin has turned twenty-one at last, and been released from the Ransom Sanitarium. And hell has been released with her. Now it’s back to the Val, where monsters are real . . .

Something evil is stalking the shadows of Blackwater Val, and it wants lifeblood and flesh. What she finds waiting in the unhallowed darkness there will forever haunt her—and you. Return with her if you dare. To see the dead children. Feel their torment. To face the old terror.

After being held against their will in a house used for trafficking, three girls plan their escape.

Alex: A hardened goth-punk who’s convinced she’s a vampire with a penchant for blood.
Stacia: A seventeen-year-old raised by an alcoholic mother, her fellow captives the only family she’s ever truly had.
Kammie: The youngest of the three—a mute who finds solace in a houseplant.

But does life outside the house offer the freedom they’d envisioned? Or is it too late, the scars too deep?

A coming-of-age tale of revenge and survival that explores a friendship and the desperate measures taken to ensure they stay united, held together by the scars that bind them.

This contemporary Suspense Thriller / Horror novella with an all-female cast is the perfect read for fans of Robert R. McCammon, Stephen King, and Jack Ketchum.

Sarah Killian: The Mullets of Madness

Have you ever woken one morning with a burning, insatiable desire to go out and kill someone?

Sarah Killian, a notoriously foul-mouthed and mean-spirited serial killer for hire, along with her cohort assassin Mary Sue Keller, are back on assignment for the Trusted Hierarchy of Everyday Murderers (T.H.E.M.).

After receiving an ominous warning from a mark-gone-wrong, it becomes clear that Nick Jin—Sarah’s former nemesis—is still at large and singling her out.

Sarah and Mary Sue are dispatched to Tennessee to discreetly kill off an accused family of KKK organizers, but their true mission is to lure Nick Jin into a trap. But will Nick—always several steps ahead of T.H.E.M.—see their bait for what it is? One thing is guaranteed: blood will be shed.

In the spirit of Sidney Sheldon, Dean Koontz, and Joss Whedon, The Mullets of Madness is a truly unique blend of horror, suspense and espionage. 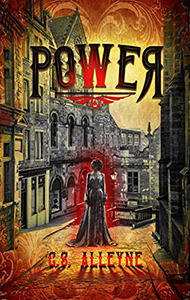 Maude Caulkin finds out the hard way that if you’re poor and female in Victorian London, you are powerless.

After continued beatings from her stepfather, she tries to escape his fists, working for a pittance, and starvation. But, she soon finds herself facing even worse. Hired by Ned Hicklin, a prolific photographer and publisher of dirty books, he introduces her to one of his customers: the sadistic Charles Courtney-Duff.

After a devastating encounter with him, she turns the tables, and Courtney-Duff finds himself in her power. Maude has learned a lot from the freak shows she loves to frequent. But sometimes, you can go too far… 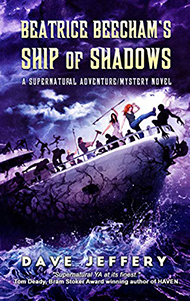 Beatrice is back to face her greatest threat since. . .well, the last time!

In Cooper’s Cove a hapless team of archaeologists unleash the vengeful spirit of a 16th Century witch on the sleepy seaside town of Dorsal Finn. Hexes and curses fly as Beatrice and her friends must find out what links the appearance of this incredible foe and The Spirit of the Ocean, a super-yacht hosting the biggest celebrity charity event the town has ever seen.

As the population of Dorsal Finn succumbs to witchcraft, so Beatrice must gate-crash the party with her motley-crew of friends and allies in the hope of stopping the witch’s sinister plan, and save everyone from endless oblivion. . . Again.

This novel is great for those who like their supernatural adventures laced with humour, sinister action and mystery. Fans of Stranger Things, The Goonies, The Librarians, The Monster Squad, Ghostbusters, Buffy the Vampire Slayer and Nancy Drew will delight in the antics and adventures of Beatrice and her off-the-wall friends.

Murder. Mystery. Monsters. Welcome to the world of Beatrice Beecham!

Tales from the Darkest Depths.

We use affiliate links. When you click and purchase items by using these links, we will earn from qualifying purchases.